Special economic zone of industrial production type LOTUS is its location in the Caspian Region at the intersection of the International transport corridor “North-South” and the north part of the Great Silk Way. This is the only Russian special economic zone that has access to the markets of the countries of the Caspian Sea, India, the countries of Southeast Asia and the Middle East.The Caspian Region is a large promising market. About 500 million people live here today.

The Astrakhan Region is one of the largest industrial and cultural centers of Russia. A strategic transport hub has historically formed here, where the Caspian Sea and Volga river routes intersect with the state’s railways and highways. Highly developed transport infrastructure, powerful industrial potential, modern base for personnel training multiplied by a developed economic integration with the Caspian-bordering countries is a guarantee of successful business in the Astrakhan Region. 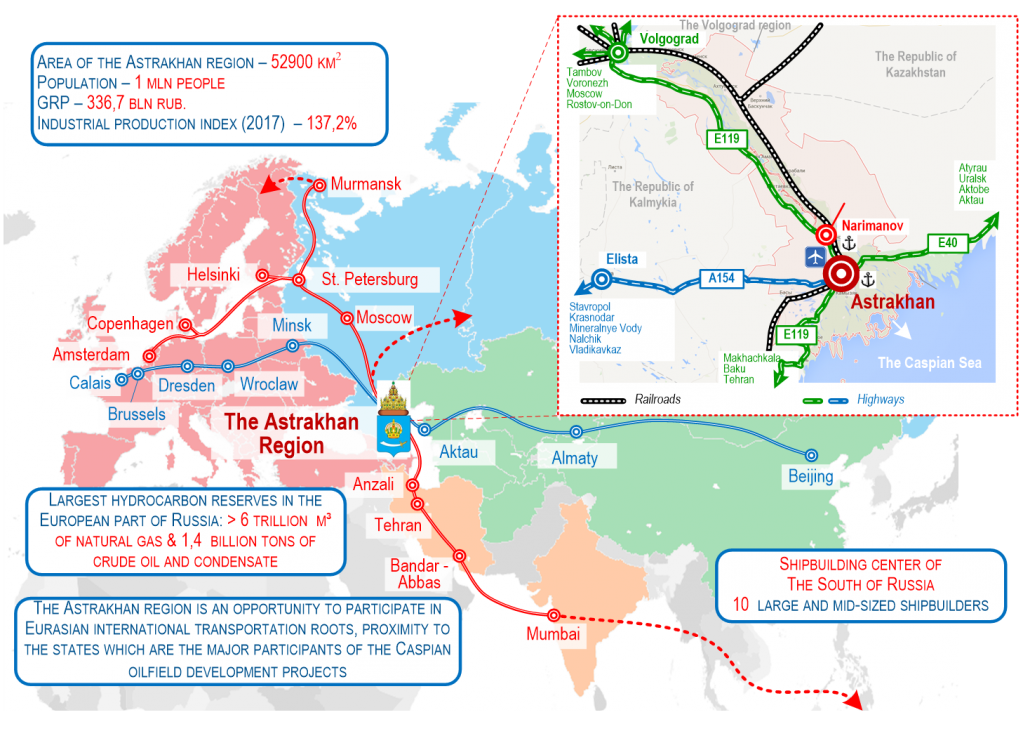 SEZ Lotos is the main economic project of the Astrakhan Region. It attracts investors primarily due to its location on the world map and proximity to rapidly developing markets.

SEZ Lotus provides the most attractive conditions for business: tax and customs preferences significantly reduce expenses of project implementation and make it successful.

SEZ “Lotus” was established according to the Decree of the Russian Federation Government N 1214 of November 18, 2014.