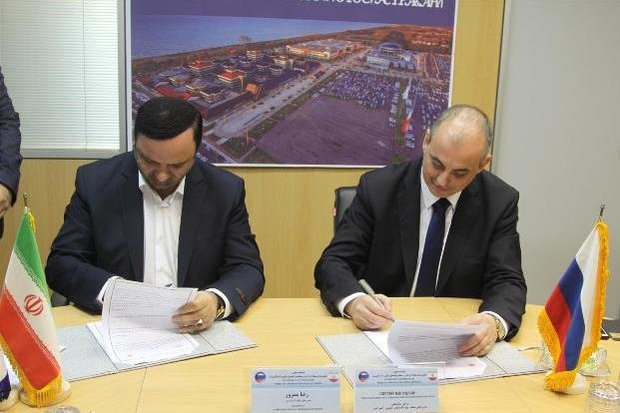 A memorandum of understanding was signed between managing directors of Anzali Free Trade Zone Organization and Russia's Lotus Astrakhan Special Economic Zone in order to develop economic, commercial, industrial, transportation exchanges as well as to boost port services and transport of goods aiming to improve bilateral cooperation by employing existing and potential facilities.

The two sides have agreed to consider the capacities, capabilities and opportunities of the two regions including the availability of industrial sites and ports in order to strengthen and expand bilateral cooperation in various areas like trade and export, co-production, transit, transportation of goods, promotion of port exchanges, loading and unloading of goods as well as meeting the two countries’ needs by exploiting the two zones’ capacities.

Given the importance of Anzali and Astrakhan zones as the trade route to Europe as well as their role in expansion of trade ties, the two sides pledged joint efforts to secure the route through the two countries’ respective organizations in order to boost transit and goods transportation capacities between the two areas.

The MoU consists of a wide variety of other provisions including following up the necessary facilities to expedite business visa issuance for entrepreneurs in both areas, development of cooperation in the field of goods transport, increasing commercial services, providing the possibility of activity for Russian banks and insurance countries according to the laws of the two countries, establishment of a direct air route between Rasht airport and Astrakhan, development of trade relations and the introduction of products on both sides by holding exhibitions with the attendance of Iranian and Russian companies, holding seminars as well as trade and economic commissions along with education and exchange of information by traders.